What is Virtual Reality? A History of VR

Whether you’re in a realistic environment similar to your own, or a fictitious alternate universe that looks nothing like the world around us, virtual reality’s capability to make us think we are somewhere else is unbelievable. How did this technology come to be? How can we present our brains with “made-up” sensory information and feel physically transplanted into another space? What IS virtual reality? Let’s dive into the rich history of VR, and explore how such a remarkable technology came to exist.

What is Virtual Reality?

If you asked the average bypasser, “What is Virtual Reality?”, you might get answers like: a headset, a video game, or a computer program. The truth is that virtual reality is none of these things. The term virtual reality is referring to the simulated environment that we interact with as users of the virtual reality technology. The participant is immersed in this “nearly” real environment, and can view it in 360 degrees.

The written virtual reality definition in the dictionary goes something like this:

Virtual Reality - (noun) - the computer-generated simulation of a three-dimensional image or environment that can be interacted with in a seemingly real or physical way by a person using special electronic equipment, such as a helmet with a screen inside or gloves fitted with sensors.

Most consumer’s first thoughts when hearing the term ‘VR’, relate it immediately back to virtual reality games. But there are plenty of practical virtual reality applications that have nothing to do with virtual reality video games. There are types of virtual reality designed specifically for training in the medical field, providing realistic flight experience for training pilots, training military personnel in risky simulated situations, PTSD therapy or, like Futuclass, teaching students abstract concepts with tangible environments.

A History of Virtual Reality Technology

Virtual reality began with truly archaic technology and ideas that were developed over hundreds of years. Innovators, dreamers, inventors, engineers and eventually computer scientists developed the technology with a combination of several underdeveloped ideas. We can trace the idea of creating misperceptions of reality with 3-dimensional images as far back as the 1800’s. 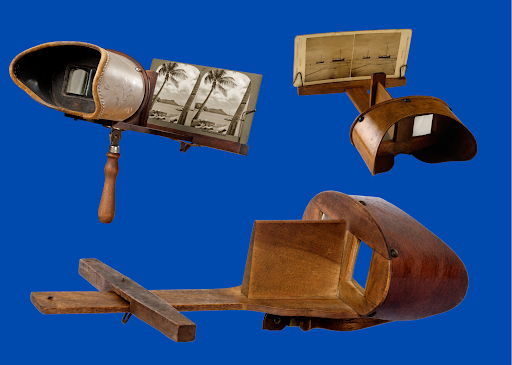 Evolution of the Stereoscope and Related VR Technology

In the mid 1800’s, records and illustrations have educated historians about the creation of the first basic stereoscope contraption, credited to Sir Charles Wheatstone and thus dubbed the Wheatstone Stereoscope. The Wheatstone stereoscope used perfectly angled mirrors and a manipulation of human depth perception to create 3-dimensional images out of 2 flat images. The contraption played on the combination of the vision of the left eye and right eye. 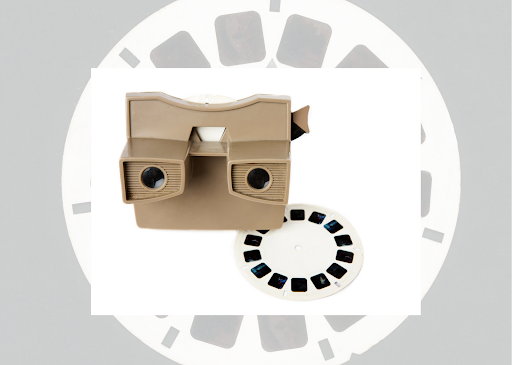 The ViewMaster was a handheld stereoscope that resembled binoculars. It was created and patented by an Oregon postcard producer and photo finishing company called Sawyer Inc. It became a globally known name with it’s iconic picture discs.

All of this early stereoscope evolution was essentially the birth of modern day VR. By working together to block out physical, environmental stimuli by covering the eyes, and simultaneously manipulating the brain’s visual and depth perceptions, it allowed users to feel as though they were looking directly at a single 3-dimensional scene. 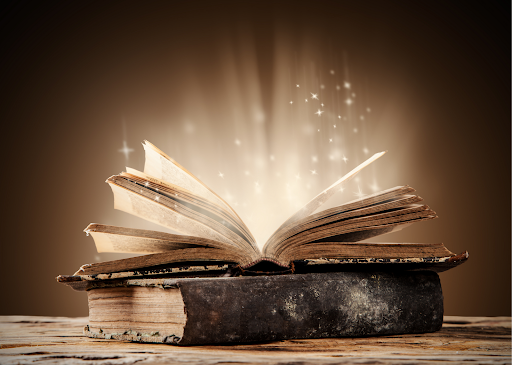 The beginning of VR as we think of it today was originally as fictional as the environment it creates. The idea blossomed in a 1935 story written by Stanley Weinbaum entitled “Pygmalion’s Spectacles.” The classic science fiction story outlined a man’s experience with a pair of goggles invented by an “elfin” professor.

The goggles in the story allowed the user to the experience sight, sound, taste, and smell of a movie. At the time the book was written, such technology was completely fictional. Weinbaum described an experience with virtual reality technology that, decades later, would be put forth by companies like Oculus and Playstation. 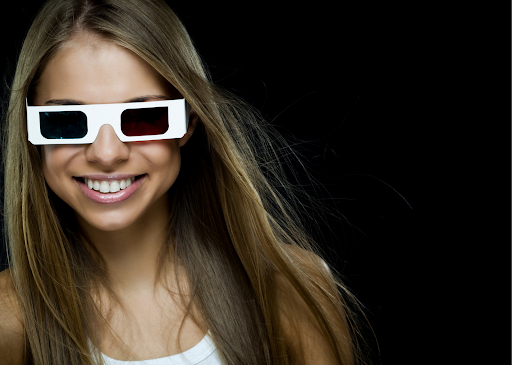 In the fall of 1922, what is recognized as the first true 3-D film was shown at the Ambassador Hotel Theater in Los Angeles. The movie attendant wore a special pair of glasses that made certain aspects of the film “pop” from the screen and add depth, in addition to the length and width typically viewed on the average movie screen. The movie, entitled “The Power of Love” was produced by Harry Fairall, and is now considered a “lost” film.

In 1956, an attempt at a more true to current VR experience was developed with the creation of “Sensorama”. The “Sensorama” was a bulky booth-like movie viewer developed by Morton Heilig and patented in 1962. The booth layered sight, sound, smell - even wind machines and vibrating seats to create a full sensory experience.

The films were created by mounting three 35mm cameras on a cameraman. One film captured the cameraman’s ride through the streets of Brooklyn on a motorcycle. Viewers in the “Sensorama '' watched an edited version of this film. During their viewing, they could feel the vibration of the motorcycle seat and the wind in their hair as they smelled the city scents and heard a collection of the urban sounds recorded on the biker’s adventure.

Only six films were developed for the “Sensorama” and it didn’t take off as Heilig expected, despite providing an incredible VR experience for it’s time. Without practical application, the Sensorama was difficult to market. Another barrier to success was the exorbitant cost of creating the films. 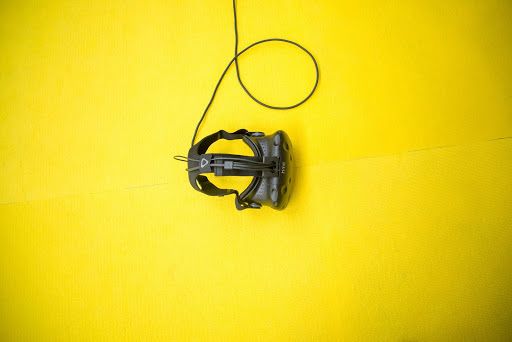 The Development of the HMD (Head-mounted Display)

Morton Heilig (creator of the Sensorama) had another patent for a gadget that has traveled in different forms with VR technology to present day. This ‘gadget’ was known as the “Telesphere Mask” and was essentially the first Head-mounted Display (HMD).

The iconic HMD is what most people picture when they hear the question, “What is Virtual Reality?”. It’s an image of a person wearing a sleek, cutting-edge pair of VR Goggles, like those developed by Oculus and Sony Playstation.

Present day HMD’s have gyroscopes, HDMI technology and motion tracking. But one of those key features of VR - motion tracking - didn’t arrive on the scene until the year after Heilig patented his Telesphere Mask. Motion tracking is the ability for the HMD to sense the movements of the head and follow them in order to look around the virtual environment users are immersed in.

This motion tracking was implemented by Philco Corporation as they developed cutting edge military technology called “Headsight”. Headsight allowed the military to travel into dangerous spaces with cameras that would move in synchrony with the head movements of the personnel conducting the investigation. They could essentially look around a dangerous zone from a remote location of safety.

The Government’s Role in the History of VR

Exploring the training capabilities of this technology spurred the US Government to invest military funding into continuing to develop VR technology. With additional funding and support, Furness continued improving, expanding, experimenting and working on the flight simulator until he released the completed VCASS (Visually Coupled Airborne Systems Simulator) which was a much more advanced, working flight simulator for the United States Military. 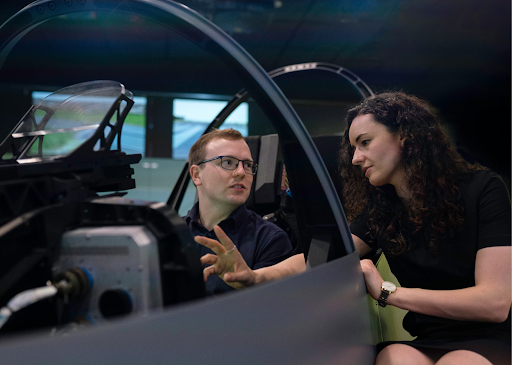 This technology advanced further with the development of the “Super Cockpit” program in the late 1980’s. Furness authored the program and developed the technology. It provided a realistic stream of continuously changing information, as well as visuals that were realistic to what pilots would face in-flight.

Getting our Hands Involved

The handheld controllers often used in today’s modern virtual reality video games and simulations had to start somewhere. Most believe that somewhere was actually the creation of the “Sayre Gloves''. These techy mittens used light emitters and photocells in a pair of wired gloves to simulate hand movement that matched the user’s hand movement. This was a precursor to VPL Research’s “Data Glove” and Mattel Inc.’s “Powerglove”. All hints at the hand control technology level we are at today. 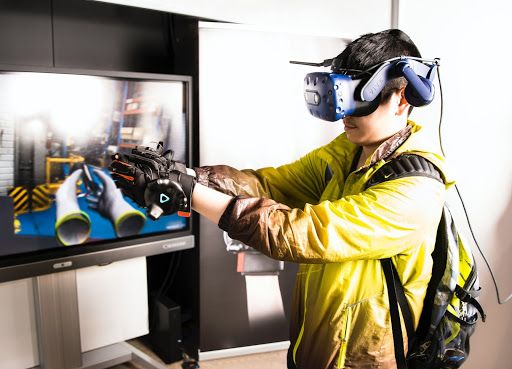 You know technology is getting serious when NASA gets involved. In the late 1980’s, NASA used the brilliant mind and technological skills of one Scott Foster to develop audio components for the Virtual Environment Workstation Project (VIEW) - a VR training simulator for astronauts. NASA even uses a VR system to steer the robots roving Mars in real-time. This “Computer Simulated Teleoperation” was designed by Antonio Medina, another scientist at NASA.

Though there were hints of gaming entertainment in previous VR advances, the mass production of a virtual immersion arcade game known as “Virtuality” really launched a VR gaming explosion throughout the 90’s and early 2000’s.

SEGA tried to get into the game with the SEGA VR headset in 1991 but never launched for reasons unclear. They ended up coming out with the SEGA VR-1, which was an arcade style game launched in 1994.

Nintendo rolled out their “Virtual Boy” console, which was portable, in 1995 - but it was discontinued after only a year in production.

In just the last decade or so, VR gaming has grown in leaps and bounds. HMD based VR consoles are in many homes today. But how did we get here? A quick breakdown of how the 21st century changed the history of VR gaming: 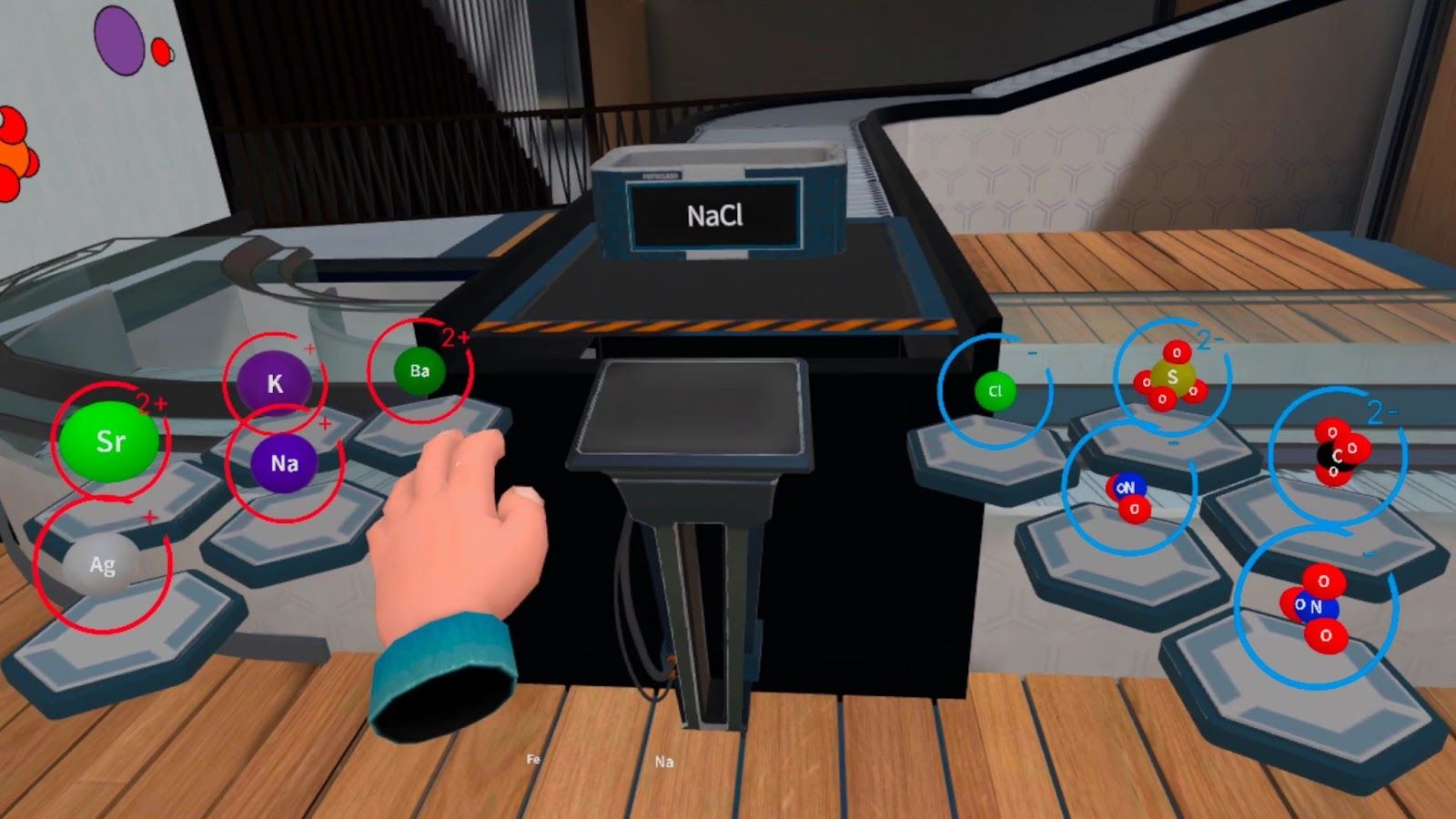 We Understand the History of VR, But What Does The Future of Virtual Reality Look Like?

Like most technologies, virtual reality has come so far, yet it’s not nearly a complete development. It’s still considered an “emerging technology” despite being developed for over 50 years. The future of virtual reality will surely show us improvements regarding visual quality, level of interaction, and unique, creative applications.

The future of virtual reality looks like the development of “Extended Reality”. This combines VR, AR, and MR to create a mind blowing experience that we can’t yet fathom. It will likely make today's revolutionary VR technology obsolete and archaic in just a few years time.

Today’s VR owes its very existence to the pioneers throughout the history of VR technologies past, from the archaic 19th century stereoscopes to the Powergloves of the 80’s. So the next time someone asks you “What is Virtual Reality?”, consider something more than goggles and gaming. Consider virtual reality helping surgeons, veterans, soldiers and children in so many unique ways.

Check out some of the virtual reality chemistry and physics lessons Futuclass is offering to children in middle and high schools all over the world. We’re working to create a tangible way to learn abstract concepts - and have fun while doing it!