Visualize The Invisible: The Power Of Virtual Reality

Virtual reality has emerged in the past decade as a powerful tool, expanding our perception of things that aren’t immediately discernible or accessible. It can transport us to faraway worlds, act like a microscope to examine tiny objects or create new experiences for us to participate in.

At Futuclass, we use virtual reality to teach concepts in chemistry and STEM with VR’s many benefits. Here are a few of the best aspects of virtual reality education, and some of the unique subjects that we can visualize with it.

In the past, education has always meant sitting in a classroom, listening to a teacher lecture, and showing concepts on a board at the front of the room. Sitting still for 8 hours can be quite a challenge, and it’s hard for students to stay focused the entire time. Much of the lesson is lost, and students with ADHD and other learning disabilities struggle especially.

Instead of sitting in a classroom all day, with virtual reality education, students can enter an immersive new world of unique experiences. Kids love to explore these worlds and interact with them. The experiences can contain embedded lessons about history, science, or countless other topics, providing both education and entertainment. This also makes VR perfect for help with homeschooling.

Particularly, virtual reality has great potential for science education because of its ability to visualize the invisible and to provide interactive experiments. Students can enter the virtual world and examine all manner of scientific objects that they otherwise might not have access to because they’re too small, too big, too expensive, or too dangerous.

Here are a few examples of the things VR lessons can show that will revolutionize science education by visualizing the invisible: 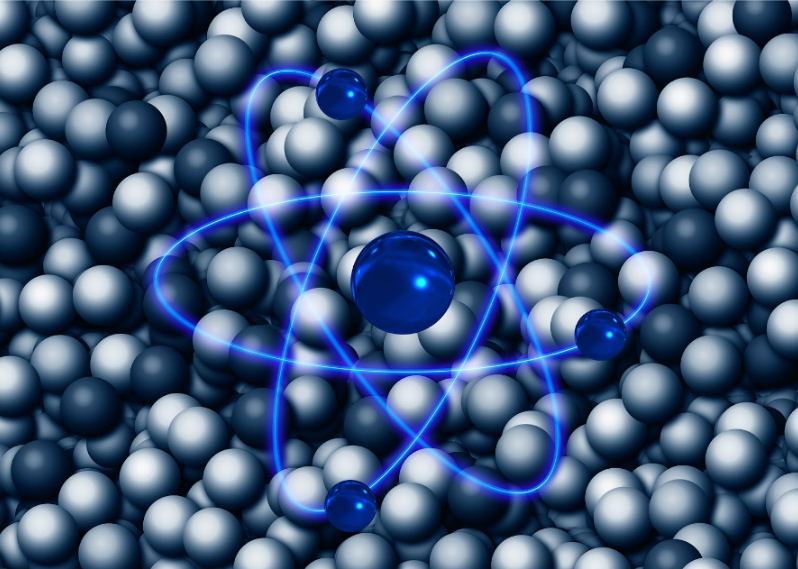 In 1668, Anton von Leeuwenhoek invented the first microscopes for use in science. He quickly discovered a world of tiny bacteria and cells, changing biology forever. A little more than three centuries later, virtual reality now provides an easy alternative.

Virtual reality headsets can be used to show the tiniest objects, from cells to molecules to atoms. They save the trouble of setting up a microscope, which is both challenging to use and lacks the resolution to see the nanosphere.

In a VR lesson, students can visualize cells and probe their different organelles. They’ll see the nucleus, the mitochondria, the ribosomes, the lysosomes, and more as they float around the cytoplasm, enclosed within the cell membrane. Instead of having to view these organelles drawn roughly on a blackboard, they can see intricate digital renderings before their eyes.

Besides biology, VR lessons can be used to teach chemistry. Atoms and molecules aren’t visible to the naked eye, nor are they even visible to traditional microscopes. But with our interactive experiments, students can view molecules and the atoms that make them up, and hold them in their hands.

For example, consider water. In our VR course, students can see water molecules, demonstrating how the two hydrogen atoms bond around a central oxygen. But VR lessons can also be used to show the intermolecular forces (hydrogen bonds) between water molecules. They can even visualize phases by examining the different structures of ice, liquid water, and steam.

As another example: it’s obvious that graphite and diamond are different substances. But why? Both have the same chemical formula - they are both pure carbon.

With VR, students could pick up a block of graphite and zoom in to notice its chemical structure. They note that each carbon atom is bonded to three others. They put down the graphite block, and examine a diamond stud next to it. In the virtual world, they zoom in and see - Ah! Each carbon atom is bonded to four others in a diamond. The two materials have the same chemical formula but a different physical structure; they are called allotropes.

Rather than being lectured, students can discover for themselves what these materials are and how they are different by visualizing them in minute detail. This makes virtual reality education far more engaging and enjoyable for students, making them more likely to remember their discoveries. 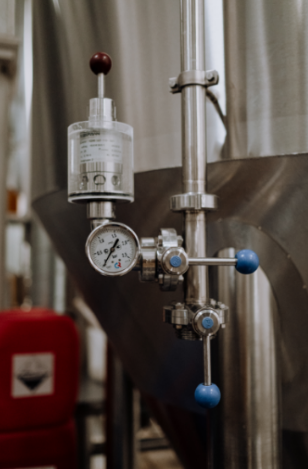 Each second, around 100 trillion neutrinos pass through the human body. These tiny particles are released by fusion in the sun. They travel at the speed of light, have no mass, and don’t interact with just about anything. Yet when balancing nuclear chemical reactions, neutrinos are created because spin must be conserved.

How could you conceptualize something that is massless, incredibly fast, and doesn’t interact?

You could do it the old way, talking about it on a chalkboard and saying why it matters and how it’s created, but you’re more likely to confuse your students than teach them something meaningful.

With virtual reality education, showing a neutrino is easy: you can show the field of moving particles, moving quickly, and not interacting. You could also show how they are produced in the Sun’s core, and how they travel immensely quickly.

Students thus can experimentally discover what gases are, and how pressure changes with volume or number of molecules, with a simple interactive experiment in our VR class module. Doing this in the lab at school would be immensely impractical and extremely challenging to visualize, and wouldn’t be nearly as effective at teaching the concept. 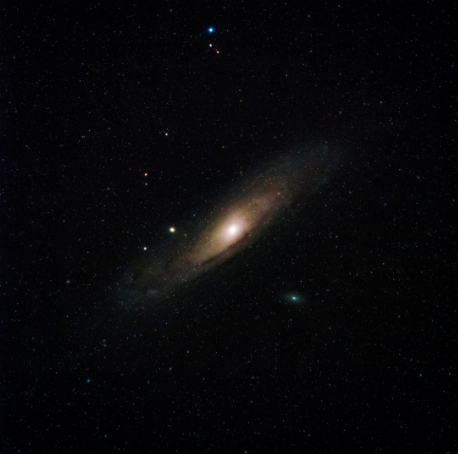 Visualize the giant expanse of space in virtual reality

The Sun is quite far away, and Jupiter too. Students have been told that the Sun is far larger than both the Earth and Jupiter. But how could they fully grasp this without having visualized it?

With virtual reality, it’s easy. With their headsets on, students can be taken out to space and shown the Sun alongside Jupiter and the Earth before their eyes. They instantly grasp the enormity of the Sun, which is 1.3 million times the volume of the Earth, and they gaze at it with a new feeling of wonder.

They can zoom out further, and locate our sun in its local cluster of stars. Now they’re looking at a reference frame on the order of tens of light-years.

Or how about taking an even bigger step back, and examining the intricate beauty of the spiral Milky Way Galaxy? Or the Virgo Supercluster of galaxies?

Showing students scales of this size is utterly impossible, and incomprehensible, using normal learning methods. With virtual reality, students are given a lens to move around with, giving them an immersive, more complete sense of scale and dimension that they are free to explore, helping them visualize giant objects like stars and galaxies.

Besides, with VR education applications, teachers can highlight the important viewing objects for their students to note, showing the Milky Way inside the huge Virgo Supercluster, the Sun inside the Milky Way, and the Earth inside the solar system. 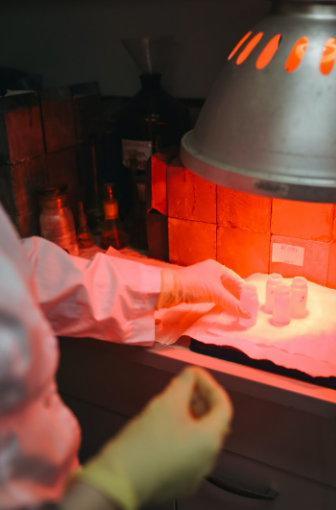 Metal sodium is highly reactive, and dropping a small chunk of it in a glass of water leads to a not-so-small explosion. If you move down sodium’s group in the Periodic Table - known as the alkali metals - the elements get progressively more reactive, and more explosive.

Science teachers would never dare put their students in the same classroom as pure sodium, potassium, rubidium, or cesium metals. This is quite disappointing because students would very easily understand and remember these metals’ reactivity if they simply saw the boom that each of them makes.

With virtual reality, students can do the interactive experiment themselves. They can safely experiment on sodium, potassium, and countless other metals to examine their reactivity. They’re sure to remember the differences between each metal, and it becomes easy for teachers to crystallize the concept of reactivity.

It’s important to remember that virtual reality provides a way to learn that doesn’t feel tedious or boring for students. Performing interactive experiments in VR is not only engaging but also fun! 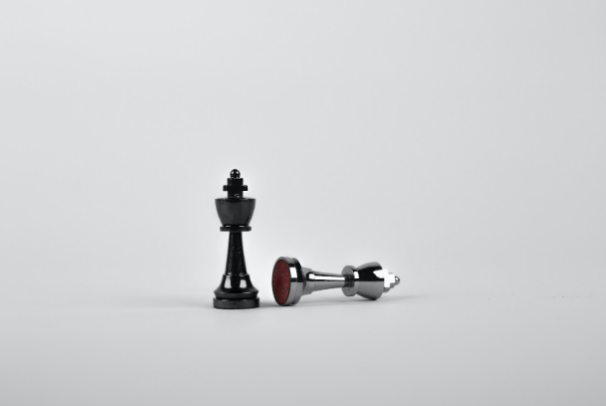 An unlimited amount of silver, gold and other expensive materials are at your fingertips in virtual reality

Immerse a copper wire in a solution of silver nitrate, and you’ll slowly see silver start to form on the surface of the wire. This is a beautiful example of a single replacement reaction.

But you read that right: silver nitrate is, as you might expect, quite expensive. Many schools don’t readily have access to such an expensive material, and even the ones that do would be wise to use it sparingly.

Virtual reality easily solves this problem by providing free repeatable experiments. Once you’ve purchased the module for the reaction, you can run it as many times as you want, and you’ll never have to buy more expensive silver nitrate.

All your students can perform this reaction as many times as they would like, and you’ll never have to pay an extra dime. We believe that cost shouldn’t hold students back from learning important concepts in chemistry, and over the long run, virtual reality education can save your school thousands of dollars.

Virtual reality has immense power to visualize things that are invisible or difficult to work with, giving it a huge potential for applications in science education. With our virtual reality headsets and our VR education applications, your students can engage with the tiny world of cells and atoms, the invisible world of neutrinos and gases, the huge world of galaxies and stars, the dangerous world of, well, chemistry experiments, and their learning won’t be limited by economic costs. These are just a few of the infinite possibilities for lessons.

Whether it’s being used in the classroom or for chemistry homeschooling, VR will help students make discoveries on their own and engage them so that they’ll remember lessons vividly. At Futuclass, we believe this is a better way of learning science - it’s the way of the future.